Magnesium is an essential nutrient, which must be supplied daily as the body cannot produce it itself. Magnesium is involved in numerous enzyme reactions and thus influences cell formation, energy production and oxygen utilisation. Magnesium is particularly essential for the electrolyte balance, energy metabolism and bones. It also plays an important role in the function of muscles, heart and nerves.

The body of an adult contains around 20 to 30 grams of magnesium. 60% of it is stored in the skeleton and 30% in the musculature. However, only around 1% of magnesium can be found in the blood.

If the body lacks magnesium, it emits warning signals in the form of muscle cramps, tension, headaches or internal unrest. A balanced magnesium level is therefore an important prerequisite for our well-being and energy levels.

What is magnesium important for?

Magnesium is the natural antagonist of calcium and can therefore support the relaxation of the muscles. In general, magnesium is necessary for the optimal functioning of the muscles because, if magnesium is missing, the permeability of the membranes for calcium, sodium and potassium increases. This increases the excitability of the nerve cells and the muscles’ tendency to cramp up. Magnesium can stabilise the cell membranes and support the excitability of the nerve cells.
Magnesium is also indispensable for bone health. Since most of the magnesium is stored in the bone, it acts as a “reservoir” in the event of an undersupply. If too little magnesium is absorbed, the body makes use of the reserves in the bones, which significantly impairs bone health over the long term. A sufficient supply of magnesium is therefore particularly important for muscles and bones.

Magnesium regulates the normal function of the central nervous system (CNS). Hormones are secreted in the hypothalamus and pituitary gland that regulate the stress hormones of the adrenal glands. Magnesium is an important mineral for the excitation of nerve cell membranes such as brain cells. A sufficient magnesium intake therefore has a positive effect on restlessness, stress and nervousness. However, if the magnesium reservoir is emptied due to permanent stress, stress resistance is reduced.

Magnesium plays an important role in the heart and cardiovascular system. Together with potassium, it stabilises the heart cells and forms electrical impulses. If there is a magnesium deficiency, it leads to increased excitability of the cell membrane and to extra heartbeats. This can lead to cardiac arrhythmia and life-threatening ventricular fibrillation in the event of an extreme magnesium deficiency.

What causes a magnesium deficiency?

An unbalanced diet or increased excretion of magnesium, e.g. due to illness, are just some of the causes of a magnesium deficiency. As the body cannot produce magnesium itself, it must be supplied from the outside. Especially if one or more of the following risk factors apply, one should keep an eye on one’s own magnesium balance.

In general, growing adolescents, older people, athletes, diabetics, pregnant women and breastfeeding women may have a high magnesium requirement. An adequate magnesium supply is particularly important for these groups of people.

The daily magnesium requirement is often not sufficiently met by a person’s diet. In today’s stressful everyday life, more and more people resort to junk food, ready meals or significantly industrially processed foods, which only have a very low vitamin and mineral content. However, alcohol abuse, diets, fasting treatments and gastrointestinal diseases (diarrhoea or vomiting) over a longer period of time can also result in insufficient magnesium intake. Similarly, certain drugs such as proton pump inhibitors (omeprazole or pantoprazole) or antibiotics reduce the absorption of magnesium in the body. Oestrogen (female sex hormones found in the contraceptive pill) can also lower the level of magnesium in the blood.

Magnesium deficiency can also be caused by excessively strong excretion, for example through sweat or urine. For instance, people who do a lot of sport have increased magnesium loss, which is exacerbated by high temperatures or endurance sports. However, taking certain drugs, such as diuretics, insulin, cortisone, cardiac glycosides (digitalis) or laxatives, can also increase magnesium loss through increased excretion in the urine. Diseases such as chronic intestinal inflammation, coeliac disease, diabetes, thyroid and kidney diseases, and heart disease can also be the cause of magnesium deficiency.

Which foods contain a lot of magnesium?

Which foods contain magnesium? And how can the daily requirement be covered by the diet? We’ll give you a few tips on how you can naturally influence your magnesium level and how magnesium-rich foods can be incorporated into your daily diet. Magnesium is found in many plant and animal-based foods. Many foods rich in fibre, such as wholegrains or nuts, contain magnesium. It is therefore worth choosing the wholemeal option when it comes to bread, rice and muesli. Mineral water is also a very good source of magnesium for daily intake. The magnesium content in mineral waters varies greatly from brand to brand, ranging from 1 mg/l to 120 mg/l, which means that a considerable amount of magnesium can be provided by drinking mineral water. When you next go shopping, simply read the label on the water bottle and choose the water with the highest magnesium content. 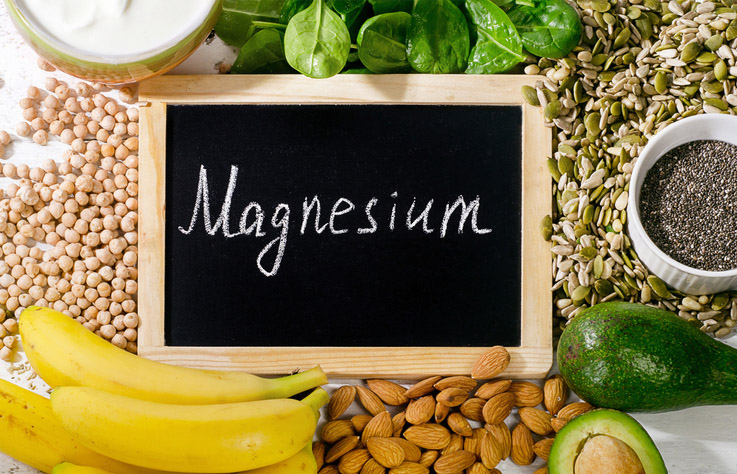 Tips for a magnesium-rich diet

· Pumpkin seeds are particularly suitable as a crunchy topping for salads.

· Prepare dishes with pulses more often – whether as a side dish, in a curry or as a stew.

· Snack on nut mixtures with dried bananas – these not only provide magnesium but also valuable fatty acids to keep you fit throughout the day. 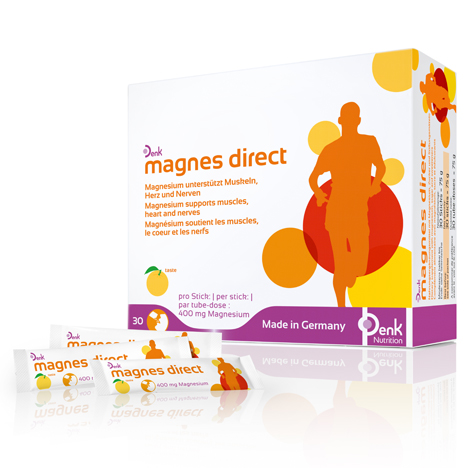